Domestic misery and trouble swept over England in these years.  Previous civil wars were fought by men accustomed and prepared for warfare.

There was a large and peaceable body of country gentlemen and city merchants who were compelled to take sides in a quarrel between King (Royalists) and Parliament (Roundheads).  During these bloody battles trade was paralysed and art neglected because its patrons were at war, taking refuge or dead.  Furniture and the arts lacked interest with little advancement in construction and decoration.

After the northern battles especially Marston Moor society as we understand ceased to exist.  There were no entertainments or social gatherings.  Style in the arts and furnishing relies on social intercourse.  Manufacturers lacked design input generated by informed interest.  That stagnated manufacture which accounted for the dull design of the time which was starkly influenced by Cromwell and his followers in the age of Puritanism.

Troops from both parties quartered upon private individuals caused wanton destruction of delicate and fine pieces.  Wealthy people able previously to patronise the arts deserted great houses which were left to decay.  The absence of active taste wrought havoc in design.

In an article recorded in the ‘Mercurious Rusticus’ of 1643 there is a graphic description of the siege of Wardour Castle in that year by Sir Edward Hunderford commander of the rebels in Wiltshire.  After a siege of three days, Lady Arundell, who was in sole charge, surrendered on the understanding that she and all others in the castle should have quarter (be spared), that all the furniture and goods in the house should be safe from plunder and the ladies and servants should carry away all their apparel.

The report discussed the plunder and destruction of interiors and outlying buildings.  Woodlands and their stock of timber suitable for furniture were felled.  Furniture was burned for heating.

Society was shaken to its foundations leaving women unprotected and compelled to seek a speedy re-marriage to gain protection and status.  New families required the few furnishings which survived those turbulent times, such as hooded cradles, a common exhibit in museums depicting the times. 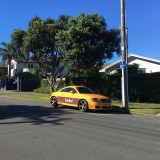